Milwaukee – April 28, 2022 – Advanced Ionics, a leading provider of next-generation industrial electrolyzers that can produce hydrogen for less than $1/kg, today announced the closing of its initial financing of $4.2 million led by Clean Energy Ventures, a venture capital firm funding early-stage climate tech innovations, with participation from SWAN Impact Network. By requiring significantly less electricity than other electrolyzers, Advanced Ionics uses low-cost renewables or nuclear energy to produce green hydrogen for less than the current cost of fossil fuel-derived hydrogen. With the funding, Advanced Ionics will accelerate its product development roadmap and scale-up, and implement pilot projects with customers.

Advanced Ionics is focused on tackling decarbonization of heavy industry, one of the most carbon-intensive sectors responsible for 20% of greenhouse gas emissions. From ammonia and other energy intensive chemicals, to steel and machinery, to dirty fuels and oil refining, Advanced Ionics provides a highly sustainable, low-cost alternative amid the need to reduce reliance on natural gas for climate and geopolitical reasons in key markets such as Europe.

“The green hydrogen market is set to grow at an extraordinary rate in the coming decades as the most viable approach for decarbonizing heavy industry. But, to date, green hydrogen has not been competitive or reliable to enable widespread use,” says Daniel Goldman, Co-founder and Managing Partner of Clean Energy Ventures. “After more than five years of evaluating the sector, we backed Advanced Ionics because we believe this leadership team can scale a highly competitive technology to produce the lowest-cost green hydrogen at scale. Our investment in Advanced Ionics is founded on a shared end-goal to enable the most polluting industries to have a highly competitive and scalable decarbonization solution.”

“From a young age, I worked with materials that contained hydrogen on my family’s farm and recognized the impact it could have on transforming rural sustainability. Hydrogen will be a critical stepping stone for decarbonizing industry and agriculture in often-overlooked regions in the U.S. and the world as we build the new clean energy economy,” said Chad Mason, Founder and CEO of Advanced Ionics. “Our team has done an amazing job building this technology from the ground-up, and we look forward to deploying it to enable massive impact on the energy economy.”

Advanced Ionics will be developing a series of demonstration projects during the next year with partners before expanding to deploy larger scale projects and a large-scale electrolyzer manufacturing facility to serve key markets such as Europe and North America.

Advanced Ionics has created a green hydrogen platform that allows industrial hydrogen producers and users to achieve sustainability, without sacrificing profit. The company’s SymbioticTM Electrolyzer Technology leverages process and waste heat to produce green hydrogen for less than a dollar per kilogram. Advanced Ionics is proudly headquartered in Milwaukee, WI.

Clean Energy Ventures is a $110 million venture capital firm investing in early-stage climate tech startups that can reduce greenhouse gas emissions by 2.5 gigatons of CO2e each between now and 2050, while providing venture-grade returns to our investors. Learn more at cleanenergyventures.com. 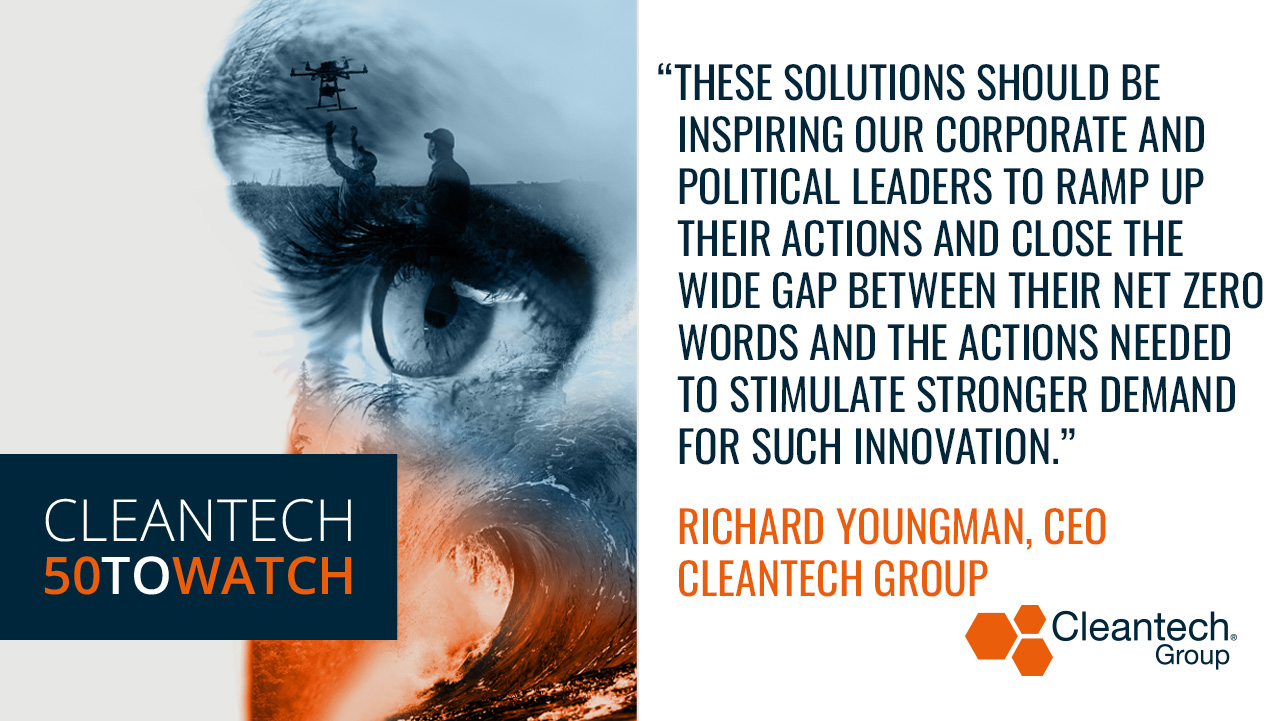 Advanced Ionics Named on the 2022 Cleantech 50 to Watch